Ukrainian autocephaly under the microscope

ORTHODOXIA.INFO | Sophia Karekla A round table was held last Thursday in Athens at which a panel attempted to shed light on some of the complex dimensions pertaining to the issue of Ukrainian autocephaly.

Hosted by the city’s Byzantine and Christian Museum and jointly organised by orthodoxia.info and AENAOS (Organisation for the Promotion of Hellenic and Orthodox Christian Civilization), the discussion saw several experts analyze the multifaceted dimensions of Ukrainian autocephaly by shedding light on some unknown factors of what has become the most important ecclesiastical issue of the last few decades.

The topic of the discussion was Ukrainian Autocephaly: History, Happenings, and Ramifications, and the panel included the former party leader of PASOK and constitutional expert, Evangelos Venizelos. His Grace, Bishop Makarios of Christoupolis and associate professor at the Aristotle University of Thessaloniki’s Faculty of Theology, Ilias Evangelou. The discussion was moderated by journalist Andreas Loudaros.

Professor Evangelou spoke about the history of Moscow and Kyiv and gave a presentation on the most important events in the life of the two cities. He also touched on their respective ecclesiastical history and their relations with Constantinople and the Ecumenical Patriarchate over the centuries.

“The Patriarchate of Constantinople did not try to Hellenize the Russian church, but tried to find a way for the Russians to embed Orthodoxy into their language. Respecting the needs of Russia and its ruler, the Ecumenical Patriarchate granted the patriarchal title and patriarchal honour to Russia,” he said.

Professor Evangelou also noted that, “Ukraine remains outside the jurisdiction of the Russian state and church. Russia has been trying for a long time to find a way to extend its ecclesiastical jurisdiction to Kyiv.”

Meanwhile, Bishop Makarios presented the ecclesiastical dimension of the Ukrainian question, stressing that, “The Kyiv Metropolis was never transferred to the Moscow Patriarchate. The same goes for Crimea, Smolensk, and Lithuania. All these territories came under the control of Moscow in an uncanonical manner. Naively or untruthfully, Moscow is claiming authority over Kyiv. This is a huge lie. Kyiv was never given to Moscow ecclesiastically or canonically.” 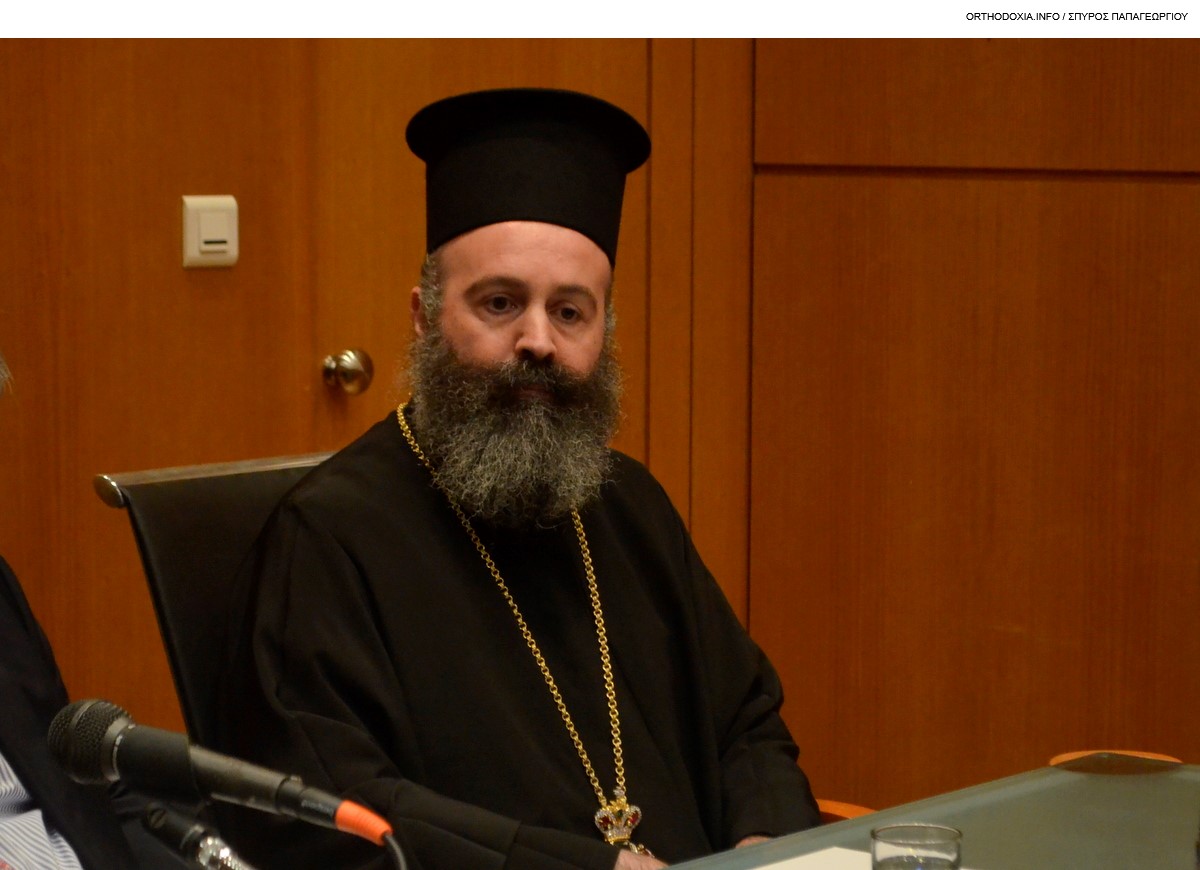 His Grace then went on to explain that recent attempts to create an autocephalous church in Ukraine are nothing new. “The Ukrainian state was established in 1991 and (subsequently) the people strengthened their efforts to create an autocephalous church. Things became more difficult for Moscow in 2014 after the annexation of Crimea. The Russians became the Ukrainians’ enemies.” 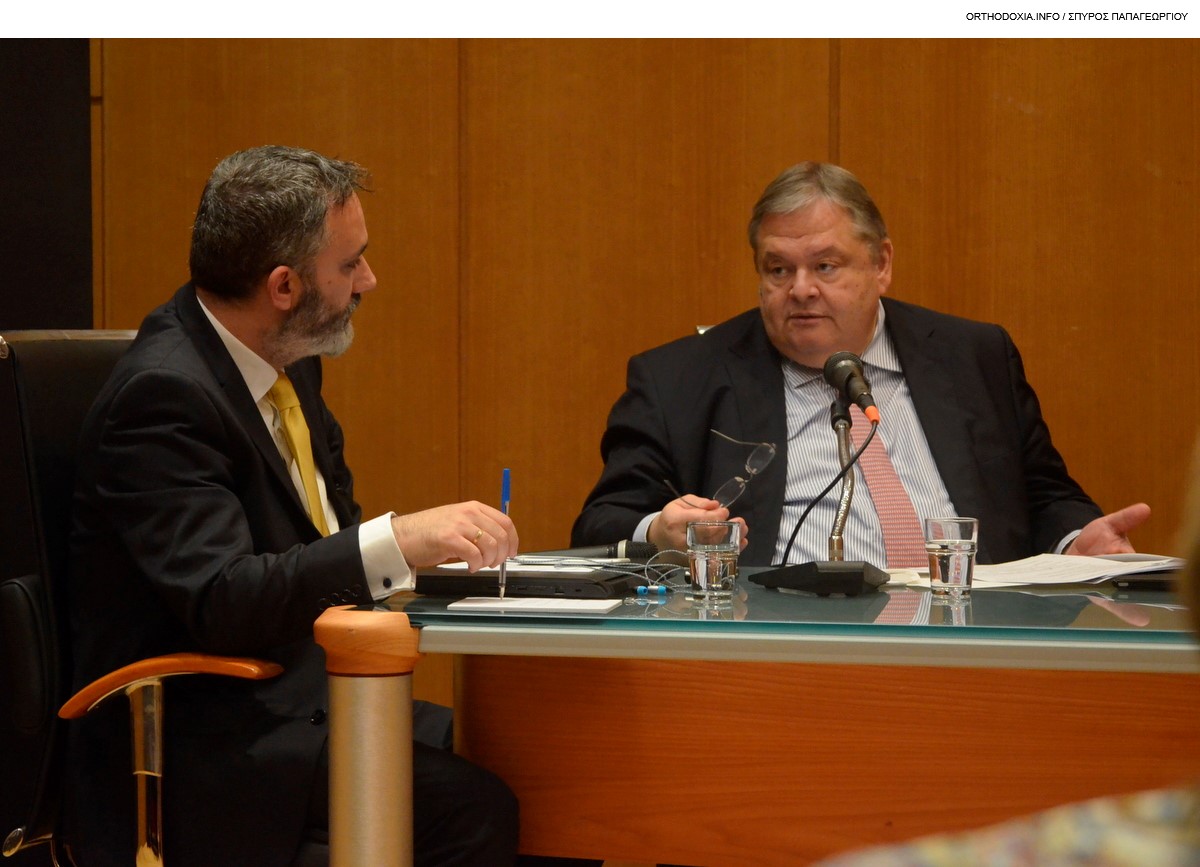 Drawing on his extensive experience, Evangelos Venizelos presented the (geo)political dimensions of the Ukrainian dispute, saying that, “The dissolution of the Soviet Union triggered a jurisdictional crisis. The Protestant denominations in the region did not have this problem, but there was a major problem with the Orthodox churches which had maintained a more lenient position during the Soviet regime.”

Mr Venizelos then went on to claim that, “The autocephaly problem is a national problem, one of ethno-genesis and national identity.” He also delved into the economic component of the issue and its role in Russian-Ukrainian relations, saying that, “Russia is trying to form a new network of natural gas pipelines in order to bypass Ukraine.”

Moreover, the former leader of PASOK stressed the importance of finding a solution to the Ukrainian dispute, as “The country is experiencing problems in the way pastoral activities are carried out. Civil authorities are not communicating with the ecclesiastical ones.”

Lastly, Mr Venizelos said that the Ecumenical Patriarchate had acted very carefully, while he described Russia’s response as acute.

Only path for Russia is to accept autocephaly

Once each of the speakers had presented, moderator Andreas Loudaros began the questions. Asked how the panel believes Russia will respond to the creation of a new autocephalous church and whether the Russians will accept the new reality or refuse to do so while the rest of the world recognizes this new church, Mr Evangelou stated that, “No matter how hard Russia tries to harden its stance, what the Ecumenical Patriarchate is trying to do is solve a messed up situation, and this is what will remain in the end. Sooner or later, Russia will have to follow suit. There is no other path for Russia to follow other than to accept Ukrainian autocephaly.” 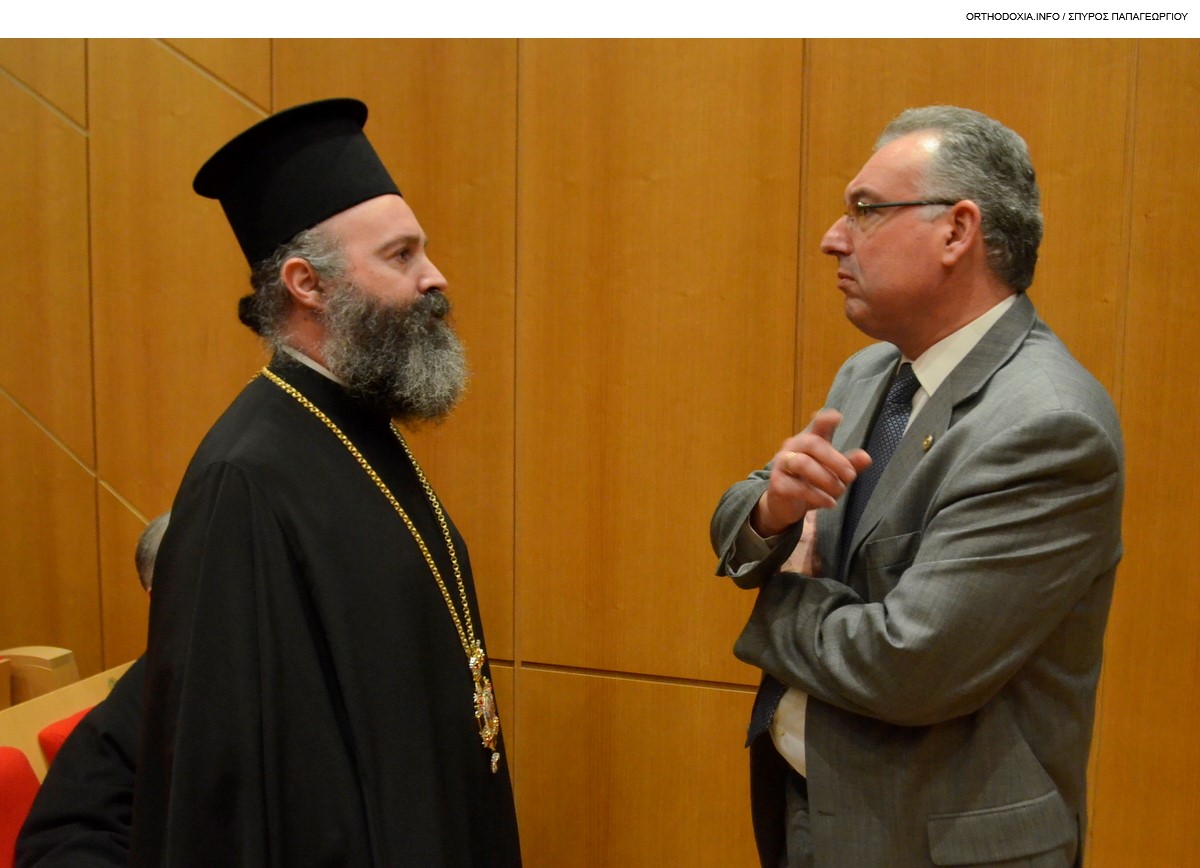 Everything will be determined according to oikonomia

Wrapping up the discussion, Mr Venizelos argued that, “We have to see how the issues of development and the economy will play out. Joined with Ukraine, Russia is an empire. Alone, Russia is just a large country. In the end, everything will be determined according to the mystery that is divine oikonomia.”

Also in attendance at the forum were: Metropolitan Gabriel of Nea Ionia and Bishop Kyrillos of Avydos; the representative of Archbishop Ieronymos, Fr Georgios Tselalidis; the special secretary for ecclesiastical and cultural diplomacy, Efstathios Lianos-Liandis; the representative of the Ukrainian ambassador, Olena Masneva; and the Byzantine and Christian Museum’s director, Katerina Delaporta.