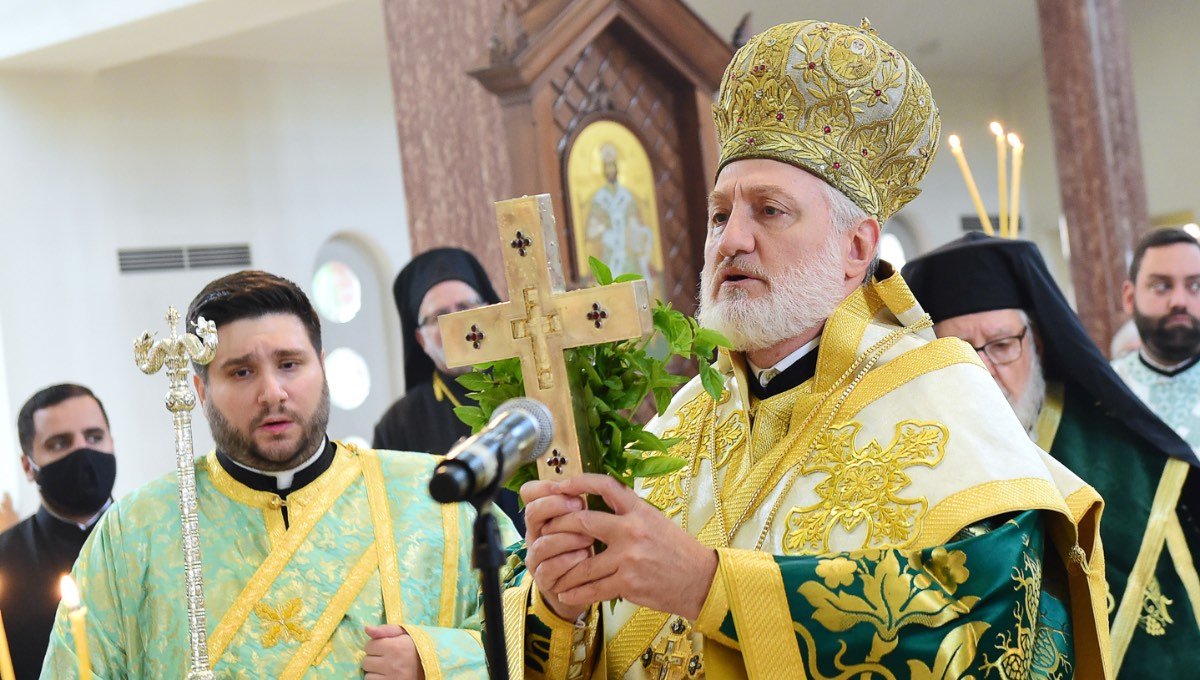 On Sunday, September 13, Archbishop Elpidophoros presided over vespers and at the  conclusion of the Service, His Eminence conducted the services of the Stavrophoria for those seminarians entering their second year of studies and the Rassophoria for those seminarians entering their senior year at Holy Cross. His Eminence also offered a prayer for all of the new incoming students in both Hellenic College and Holy Cross.

On Monday, September 14, His Eminence concelebrated the Divine Liturgy as well at the Chapel of the Holy Cross, together with His Eminence Metropolitan Elias of Philomelion and His Grace Bishop Joachim of Amissos.