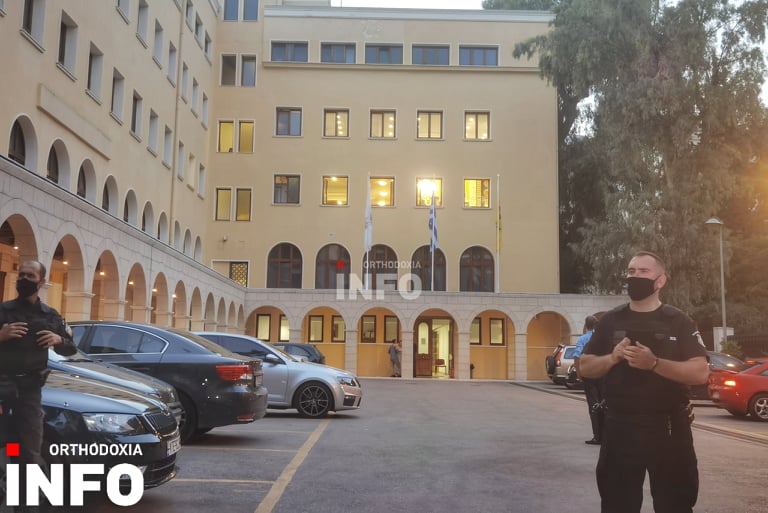 A priest attacked with acid against seven Metropolitans of the synodal court that was sitting in the Petraki Monastery. According to the first information, the priest belongs was involved in a drug trafficking case. The court was to uphold his permanent dismissal sentence.

The police officer who arrested the perpetrator is also injured in the attack.

The perpetrator threw two bottles of caustic liquid at his victims. According to information, two lawyers are among the injured. The Metropolitans of Kifissia, Glyfada, Dryinoupoleos, Arta, Kassandreia, Goumenissa and Zakynthos participate in the Synodal Court.

At least two of the Metropolitans have eye burns.

The ambulances treated five of them (Kifissia, Glyfada, Dryinoupoleos, Kasandreia and Zakynthos) at the hospital on duty, however the doctors assessed that they had to be treated by the specialized burn unit of KAT hospital. The other two hierarchs went to the hospital by private means.

According to the information so far, the Metropolitans of Glyfada, Zakynthos and Kifissia are seriously injured.