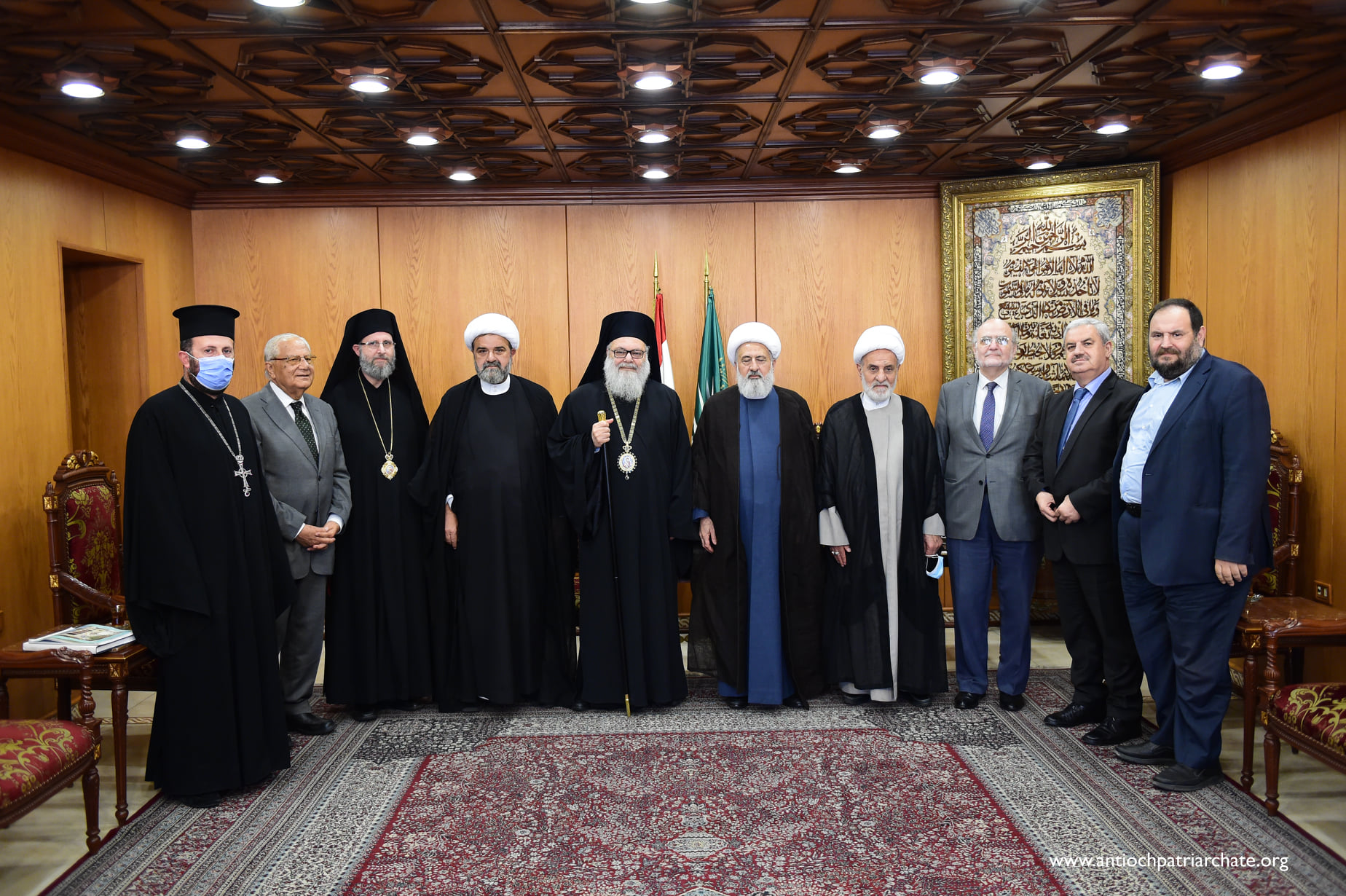 His Beatitude John X, the Greek Orthodox Patriarch of Antioch and all the East, visited the Muslim religious leaders in Lebanon. He met, consecutively the Grand Mufti of the Lebanon, Sheikh Abdul Latif Darian at Dar al-Fatwa, Sheikh Akl of the Druze Naim Hassan at the Druze Dar Al-Taifa in Beirut, and Sheikh Ali al-Khatib, first deputy-head of the Supreme Islamic Shia Council, the representative of Sheikh Abdul Amir Qabalan, the head of the council, at the council’s headquarters.

His Beatitude was accompanied by His Eminence Metropolitan Silouan (Moussi) of Mount Lebanon. The meetings were attended by Dr. Muhammad Al-Sammak and Dr. Michel Abs.

In these meetings, His Beatitude informed the Muslim spiritual leaders about the upcoming event organized by Pope Francis, which is the day of prayer and meditation to be held at the Vatican in the presence of the heads of Christian churches in Lebanon. The meetings of His Beatitude touched upon the importance of forming a new government, the need to overcome obstacles in this regard, and the necessity to pay attention to the Lebanese citizens who are suffering great hardships while making ends meet and finding raw materials.

His Beatitude stressed the importance of partnership in the homeland, and that the future of Lebanon is governed by the required consensus among all its various denominations, both Christians and Muslims, and by the preservation of coexistence and civil peace.