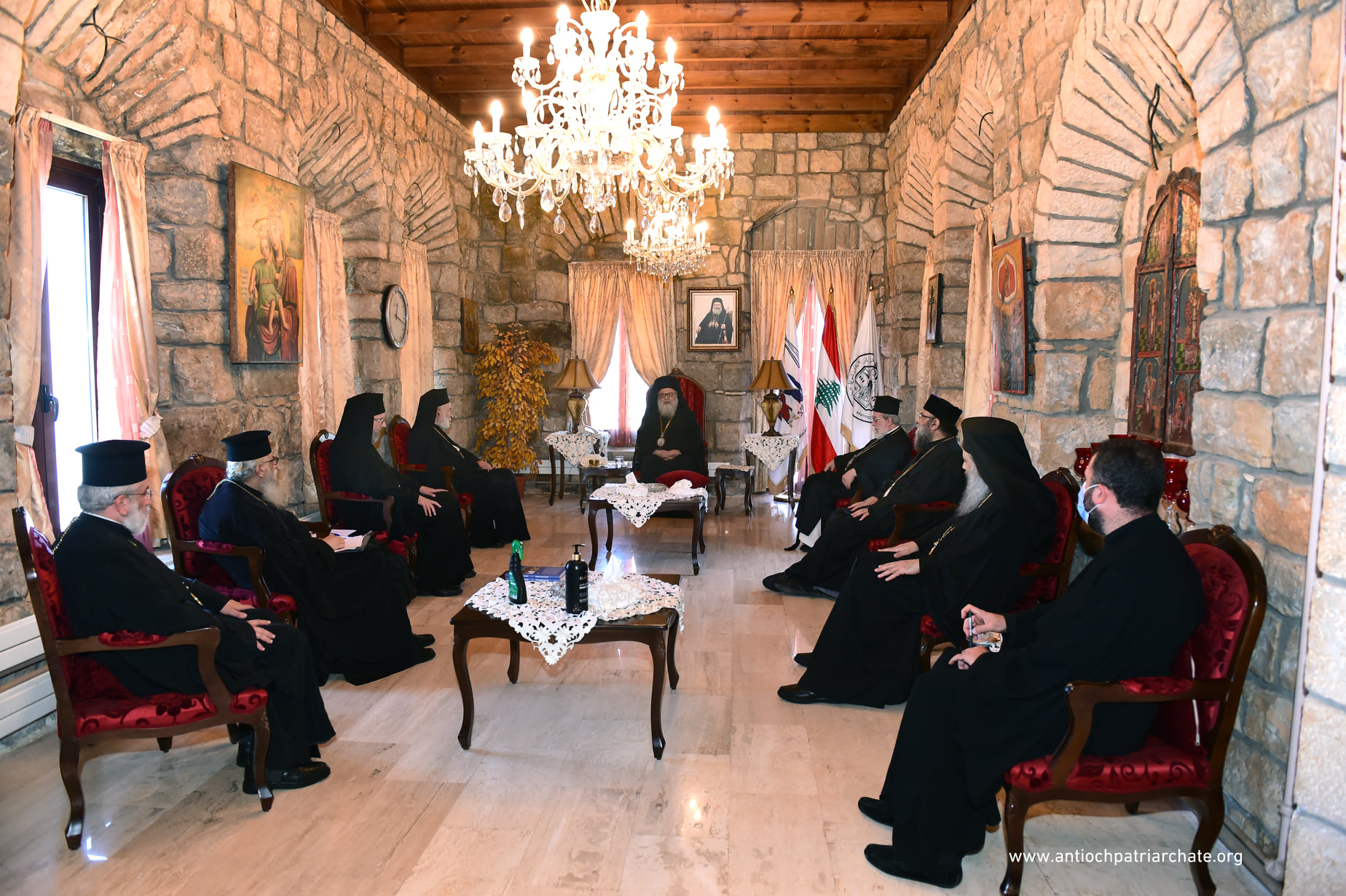 His Beatitude John X, Patriarch of Antioch and all the East met with the Orthodox Metropolitans of Lebanon. Their Eminence, Metropolitans Elias Aude (Beirut), Elias Kfoury (Tyre and Sidon), Silouan Moussi (Mount Lebanon), Basilios Mansour (Akkar), Ephrem Kyriakos (Tripoli), Antonios El-Soury (Zahle) as well as His Grace, Bishop Constantine (Kayyal), the Abbot of the Monastery, all attended the meeting.

His Beatitude discussed with Their Eminence, the situation in Lebanon and conducted a tour d’horizon that dealt with the living situation in Lebanon, the ways to alleviate the current crisis, and a call for overcoming obstacles, in order to form a government in the soonest possible time .

Likewise, His Beatitude put the Metropolitans in the ambience of the day of prayer and reflection for Lebanon, which will be held in Vatican on July 1. Pope Francis called the heads of Lebanon’s Christian communities to the summit. In this regard, His Beatitude listened to the metropolitans’ position and their propositions concerning the Lebanese public affairs.