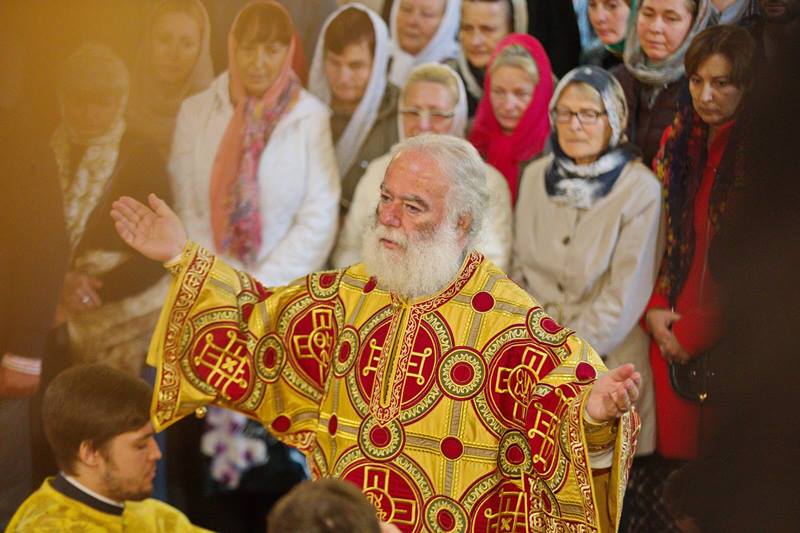 ORTHODOXIA.INFO | Andreas Loudaros The Greek Orthodox Patriarch of Alexandria Theodoros  has taken it upon himself to champion the Russian case vis-à-vis the Ukraine issue, publicly announcing from Odessa on Friday morning –where he is on an official visit– that he intends to take the initiative in updating all the Primates of the Orthodox Church on the developments in Ukraine in order to prevent any change in the ecclesiastical situation there from occurring.

Addressing Metropolitan Agathangel of Odessa after the conclusion of their concelebration in the Holy Trinity Cathedral, Patriarch Theodoros distanced himself from the position of the Ecumenical Patriarch, who just last Sunday stated that Ukraine has the right to receive autocephaly, by noting that the Ukrainian Church does not need anything.

“Your Eminence, I will always be with you,” said the Patriarch, adding “I will try to the best of my abilities to update everyone on the situation in Ukraine.” Furthermore, the Patriarch will endeavor to communicate to the other Primates that “The Church of Ukraine must remain within its canonical status, it does not need us to give it anything, for it already has everything as an Orthodox Church of Christ.”

Patriarch Theodoros has seemingly also embraced the Russian argument regarding the possibility of bloodshed in the event autocephaly is granted to Ukraine, declaring that “The greatest sin is that we will have to give account of our actions in the Second Coming, even if one drop of blood is spilled.”

He also added that “Nothing can remain in this world as a canonical church remains, and your Church is canonical, holy, and Orthodox.”

“Remain within the canonical Church”

The Patriarch’s pleas were of a similar nature the previous day when, after several receptions at various churches in Odessa, he said: “Throughout our Church’s history there have been difficult years, but in Ukraine, in this blessed, Orthodox country, there is a canonical Church, and there is our beloved brother, His Beatitude Onufriy, a holy man of God, a genuine monastic.”

He also added that during the previous week in Poland, where he met with Metropolitan Savva, “We signed a document in which we state that we stand by the canonical Church of Ukraine, that we stand by those who want a peaceful, Orthodox Ukraine.”

However, in the text the Patriarch signed with the Metropolitan of Poland, there is no mention of the Ukrainian Church headed by Metropolitan Onufriy, only an appeal for self-control towards all parties involved in the process.

Finally, it is worth noting that during his visit to Poland, Patriarch Theodoros also met with Metropolitan Hilarion of Volokolamsk, and this meeting has attracted much comment lately given it is rare for hierarchs of a third Church to be present during an official visit of a Primate to another Orthodox Church.