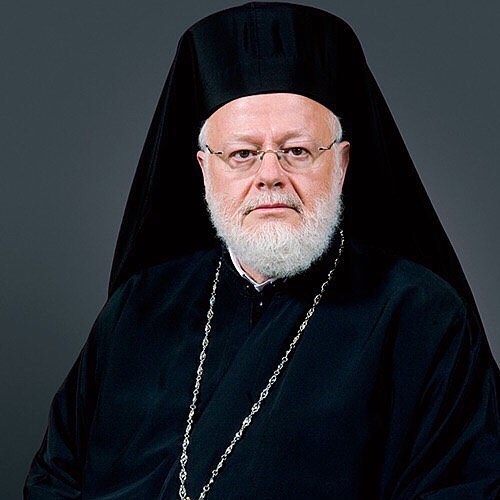 Today, Thursday, October 8, 2020, on the third day of its work in this current month, the Holy and Sacred Synod extensively examined, among other items, issues of the Holy Archdiocese of America, and considered reports of His Eminence Archbishop Elpidophoros of America. The following decisions were taken:

a)    It placed into abeyance the force of the Charter of the Holy Archdiocese of America, with the objective of constituting a joint Committee of representatives of the Ecumenical Patriarchate and the Archdiocese for the composition of a new Charter.

b)    It placed His Eminence Metropolitan Methodios of Boston under a penance of suspension until the Feast of Christmas, on account that he had fallen into canonical transgressions.

c)     It transferred His Eminence Metropolitan Evangelos of New Jersey to the Holy Metropolis of Sardes and appointed as Patriarchal Vicar in the vacant Eparchy of New Jersey, Archbishop Elpidophoros of America.

From the Chief Secretariat of The Holy and Sacred Synod