Chrysostomos: We will be glad to see you in Cyprus 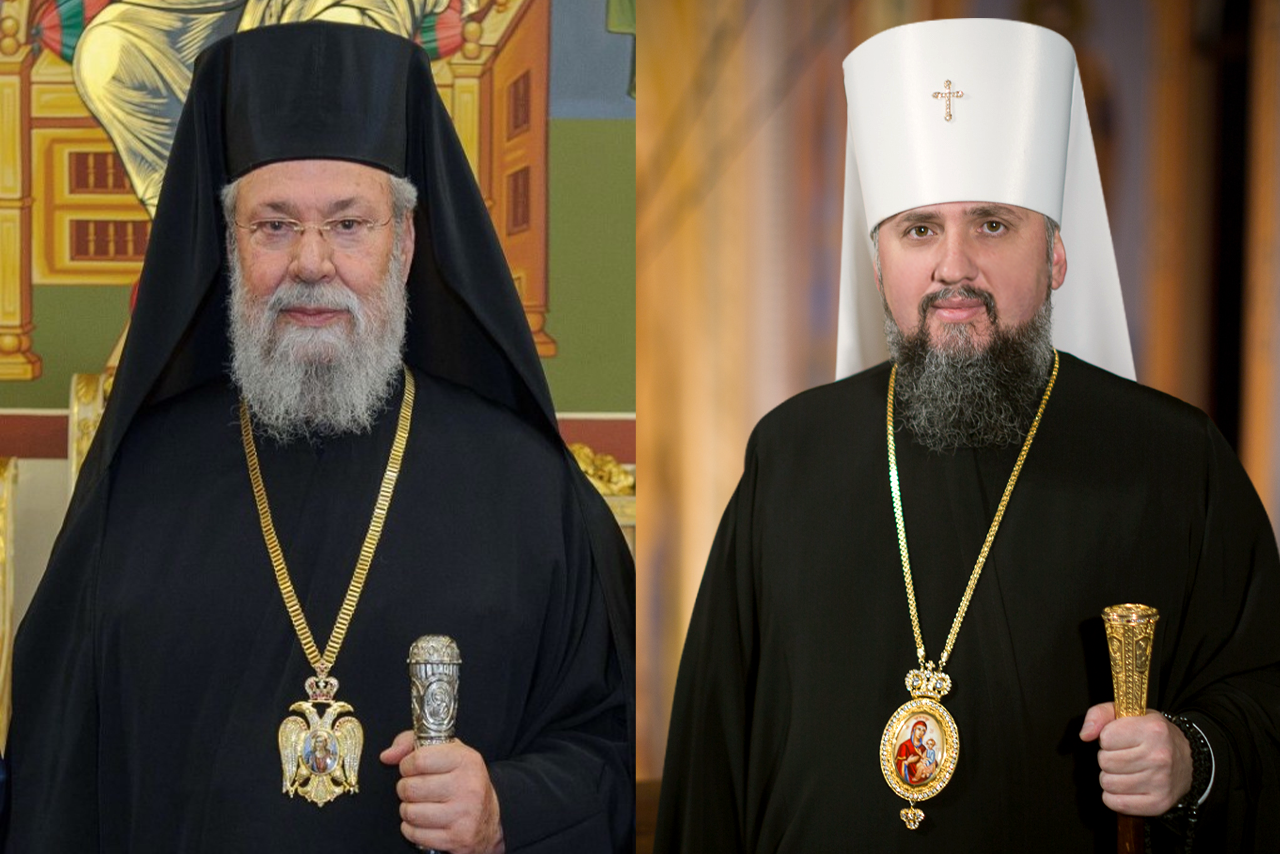 By prior arrangement, a telephone conversation took place between His Beatitude Chrysostomos II, Archbishop of Nova Justiniana and All Cyprus, and His Beatitude Epiphaniy, Metropolitan of Kyiv and All Ukraine.

The Primate of the Local Ukrainian Orthodox Church, personally and on behalf of the fullness of Church, expressed his gratitude for the accession of the Church of Cyprus to the number of Local Churches that followed Tomos of the Autocephaly of the OCU. “We are all happy to establish the fullness of prayer and Eucharistic communion between our Local Churches,” said Metropolitan Epiphaniy. He also mentioned his visit to Cyprus in April 2016 and a warm meeting with His Beatitude Archbishop Chrysostomos.

Archbishop Chrysostomos expressed his conviction that other Local Churches, including the Russian Church, should accept the fact that the Ukrainian Church has been given a Tomos and is in the Diptych of the Autocephalous Churches. “We commemorate your holy name during the liturgy among the names of the Primates of the Autocephalous Churches after the Metropolitan of the Czech Land and Slovakia, and we wish you, our beloved brother, a successful ministry,” said the Archbishop of Cyprus.

His Beatitude Chrysostomos also invited Metropolitan Epiphaniy to pay a peaceful visit to the Church of Cyprus. “All countries are now in a difficult situation due to the pandemic, but I ask Your Beatitude to remember this invitation, we will be glad to see you in Cyprus, to offer prayers with you,” said the Primate.

In his turn, His Beatitude Metropolitan Epiphaniy thanked for the invitation and spoke about the current circumstances of the Ukrainian Orthodox Church, the attitude of society and the state, relations with other religious communities. “Ukrainian society is very happy to hear that Your Beatitude began to mention the name of the Primate of the Orthodox Church of Ukraine in the Diptych, which testified to the full communion between the two Churches. The news of this event was widely covered by all the media and everyone with whom I have to communicate these days congratulates our Church on this and warmly thanks Your Beatitude,” said the Metropolitan.

His Beatitude wished Archbishop Chrysostomos good health, recovery from illness, long blessed years of ministry, and peace and prosperity to the God-loving Orthodox people of Cyprus. The Primate of the Church of Cyprus thanked for the wishes and mutually wished all the best for the Primate and the Church and for the whole of Ukraine.